They fight and you Lose - You halt them - You win

DISCLAIMER: Growing Awareness Pty Ltd as publishers of this web-site and John Bligh Nutting as author do not dispense or recommend medical or psychiatric advice, nor prescribe the use of any technique as a form of treatment for any diagnosable medical or psychiatric condition. Any such action should only be taken by you as your personal choice and either directly or indirectly on the advice of a physician or a qualified therapist.

So, in a similar way to the inner matriarch he is different from other Inner Protector selves in the Inner, Village in that he does not seem to be concerned with the well-being of the female selves and in particular the wounded female inner child in your village. He will do nothing to assist in empowering other female selves who live there. Rather he will do everything he can to keep them from feeling any sense of power, awareness ability or reality and of course to stop her becoming a self aware grown up.

In a way it's as though he is carrying within him a deep-seated almost cellular fear, a fear that goes back more than 60,000 years to the earliest days of civilisation when females were regarded as having more power than males. (Because of their perceived superior ability to connect spiritually to the sky and the earth and their ability to bear children.)

Typically his attitude is that his fear is justifiable and provides a reason to continuing to disempower all women and to maintain control over females and ensure that all their lives women will continue to adhere to male rules and male systems. This is the inner patriarch's way of reducing his fear. The fact that a wounded inner child is a female is sufficient reason to stir the fear of her innate power and this is spurs the inner patriarch into action.

He knows just where to apply his sword

The Inner Patriarch is also an expert in knowing where to apply his sword to inflict the worst pain and create the most destructive disharmony intended to wreck a relationship.

Jill’s new partner Jack is very non-judgemental and proud of it. Jill likes this side of Jack. He is particularly irritated by people who make unfounded judgements about him. Suddenly one day when Jill is in a bad mood her inner matriarch comes out and says to Jack “You are so fixed in your ways, I don’t think we are at all well suited.”

Jack is unable to stop himself reacting negatively. His first response  to Jill’s matriarch is not to address the matriarch herself but to attack Jill (who until a minute before he cared about very deeply). That’s how you know it’s his inner Patriarch who has jumped into the fight. His inner patriarch replies, “That’s insulting! How can you make a judgement about me without any evidence?”.

His inner patriarch continues to increase the intensity of the battle by explaining to Jill just how “foolish she is to make such an unfounded judgement.” That  will stir up a real hornet’s nest.

Jill’s inner child will feel the pain of Jack’s remarks, but in fact she also feels something a bit more complex going on.

But it’s actually Jill’s own inner patriarch who will apply the most hurtful slash of his sword to injure her already wounded inner child, “Little Jill” telling her that what Jack said is “true”.

The scene is now set for a full on fight. Jack and Jill think they are fighting but in fact it’s the inner matriarch and patriarch who are running the show. The outcome may well be the destruction of what was shaping up as a good relationship.

Remember that one of the central aims of both the inner patriarch and the inner matriarch is to prevent all men and all women from enjoying close, positive, grown-up, intimate and peaceful relationships where they can each grow in self awareness and self empowerment as an outcome of the relationship.

In this example the relationship is unlikely to succeed unless Jack and Jill become very aware of their four carried relationship saboteurs (two inner patriarchs and two inner matriarchs) and can step back and notice when they have taken over and what they are destroying. If both Jack and Jill can just move into self-awareness they will be able to separate themselves from the four toxic battlers and get back to the point where grown-up Jill and Jack were when the relationship started.

Click on  Inner Matriarch Patterns  to discover more about the same case study and see how Jill and her Inner Matriarch interact with Jack’s Inner Patriarch to create even more damage.   Learn how to identify both of them  when they are at work inside you.

Stop your Inner Patriarch once and for all  Read more  at

Characteristics of the inner patriarch

The overriding characteristic of the inner patriarch is that when he sets up his house inside a woman's inner village his overriding loyalty is not to her but to the men around her and to maintaining their power and control over all women, including the way women think and feel and what they make of their lives.

He unconditionally supports the dominance of the male hierarchy and the patriarchal lifestyle. Typically, when you listen to the inner patriarch you will notice him taking the side of another man or another patriarch living nearby in another person's inner village, in preference to the woman in whose village he has set up his house. 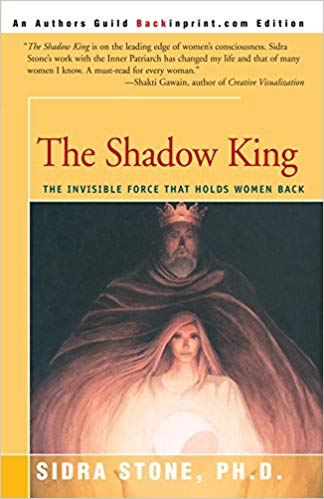 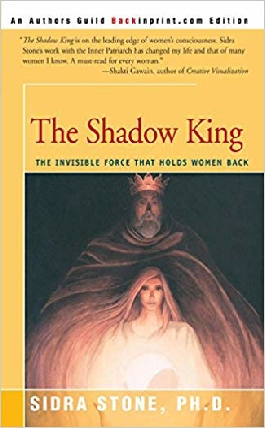 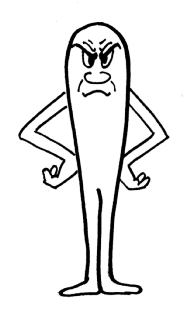 A link to a longer case study